Westfield City Councilors were recently brought to the attention of a major change in construction costs for the State Road 32 expansion project.

City leaders said higher property values ​​and the impact of the war in Ukraine on materials were partly to blame.

Westfield initially budgeted about $15 million for the project. It will now cost about $22 million to complete. 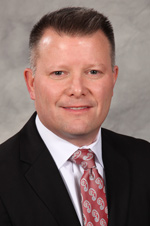 “This is something that the City Council needs to track and monitor, and a year from now we may have a difficult decision to make here,” Councilman Scott Willis said.

Willis said a large part of the increase in costs is due to higher property values ​​in the city.

“The value of land in Westfield is skyrocketing, and so are house prices, of course,” Willis said. “The other million and a half was about construction. Part of this is the cost of oil. Oil prices have risen sharply. This is a big part of your asphalt and of course a big part of any road construction project.”

The Indiana Department of Transportation said $3.5 million of the fare change came from preserving right-of-way for the widened road. An INDOT spokesman told News 8: “Real estate costs are volatile and trending upwards, and the estimate that INDOT originally provided in 2017 is currently lower than real estate costs.”

INDOT said it remains committed to splitting the cost of the project 50/50 with the City of Westfield.

The works add lanes on State Road 32 from east of US 31 to just past Timberbrook Drive. The project includes widening other sections of State Road 32 and adding a roundabout on East Street.

Several buildings have to be demolished for this. But, Willis said, that also means there are opportunities for new developments.

“You know, we only have one chance to make this right. So when we worked with the state, the scope of the project was basically minimal road construction along that corridor,” Willis said, “so there’s a desire to see what we could do if we just put a little bit more money into those.” would invest part of the project.”

Several road plans and ideas were presented to councilors at a meeting in Westfield on Thursday. Willis said to help cover those costs, the city may need to consider borrowing.

Work is scheduled to begin next spring.

Executives from INDOT and the City of Westfield said they will have a better idea of ​​the final cost by the end of this year.