The ACE Expeditionary Communications Team is a unique entity embedded within communications squadrons, specifically trained to enhance command and control in tactical and deployed environments. Members are trained in multiple Air Force Specialty Code or AFSC skills ranging from computer support and satellite transmissions to all-site support. They are also responsible for setting up communications in remote areas within 4 hours.

The 673rd CS specializes in spokes operations, allowing the squadron to test new equipment in the field and in forward-deployed environments. Spoke operations support the routing of deployments from a central point or hub to allocate resources throughout a mission.

“673 CS is one of the premier ACE Expeditionary Communications teams in the Pacific Air Forces area of ​​responsibility. We are constantly testing newer, lighter and faster technologies to support ACE and our battle squadrons,” says Vile. “For this mission, we received advanced radio equipment and were able to build a communications network for munitions personnel that operated further away from existing communications systems. Although we don’t normally use this, we were able to test how well it could work in future operations for our units.”

In developing ACE communications at JBER, the ACE team has made strides in improving ACE’s expedition-related communications capabilities. The team was able to purchase standalone Communication Fly Away kits as well as three different connectivity solutions. 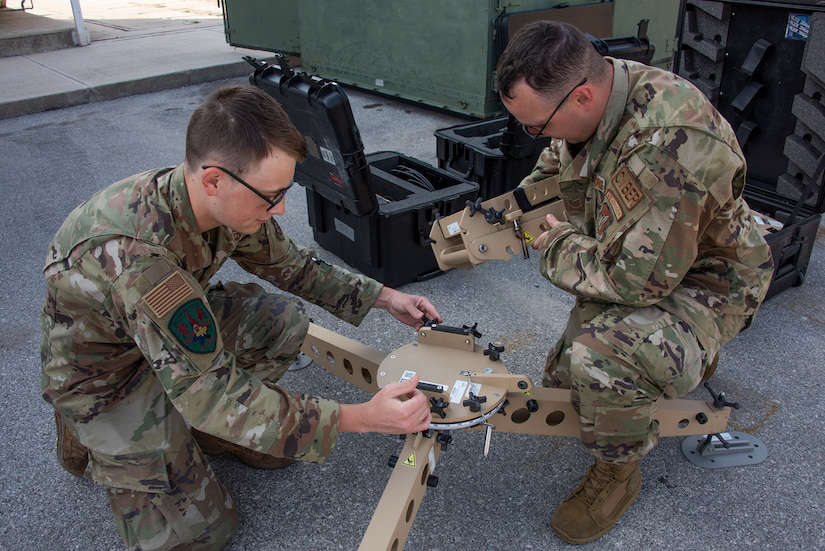 “One challenge we often face in deployments is adapting to different systems. WiFi, military satellite, and commercial satellite all work differently depending on where you are operating from,” explains Lt. Col. Michael Kendall, commander of the 90th EFS. “The command and control component of ACE is a problem that JBER has worked to solve for years. When our unit found out we would be practicing ACE in European Command, we linked up with the 673rd CS to provide ACE communications support.”

“During this deployment, we learned how to use an Airbus, which is a different type of satellite terminal,” says Senior Airman Amber Rios, cyber control operator for the 673rd Communications Squadron. “It’s similar to the military satellite equipment we currently use, but we hadn’t used it before this deployment. It was a great skill that we learned quickly along the way.”

“Initially, we faced a lot of connectivity challenges in Norway,” says Kendall. “USAFE A6 Command and Control was able to loan a STARLINK terminal to our ACE Expeditionary Communications team. This equipment has enabled us to successfully communicate with both the US Air Forces in Europe and the US Air Forces Central Air Operations Centers and command over unclassified and classified networks throughout the time we have been operating out of Souda Bay to communicate. Without the 673rd CS staff, we could not have accomplished our mission.”

Although supporting the NATO Air Shielding mission and routing deployments to various locations in Europe brings new challenges, it reinforces the demands and intensive training needed for the success of the ACE communications team.

“Problem solving is something we embrace every day in communication,” says Vile. “There are constant learning curves and challenges, but we have a great, energetic team. The support from other communications units like the 86th Communications Squadron at Ramstein Air Base in Germany has been phenomenal, especially on a mission like this.”