An abandoned farmhouse is a sight familiar to those who travel the old roads and byways of the North American countryside, and a touching reminder of the changes in the landscape and the people who live there. Rural Saskatchewan-based artist Heather Benning has spent the last several years creating work that explores themes related to the impact of large-scale, industrialized agriculture on local communities, family farms, and the sense of home. In 2007, this took the form of The Dollhouse, a monumental work of art built in a derelict homestead near the tiny town of Sinclair, Manitoba that had been empty since the 1960s.

Benning removed the building’s north wall and replaced it with large Plexiglas panels, allowing viewers to look inside like a child’s dollhouse, but it could only be viewed from the outside – there was no way to venture inside. Vintage furniture and objects were placed in vividly painted rooms that could be illuminated at night. Like a deserted stage set, she wanted to explore ideas around presence and absence. “By sealing the house and keeping the audience at a distance, viewers had to pay attention to what creates a sense of home. I think ‘The Dollhouse’ aims to express our deep desire to reconnect with place,” she tells Colossal.

The house stood until 2013 when it was burned down as part of the original idea for the project. In a short film made in collaboration with filmmaker Chad Galloway, the camera documents the fire as it completely engulfs the home, prompting the viewer to reflect on the unique grief of losing a home. The artist adds: “This is perhaps particularly poignant at a time when we are increasingly losing our homes to rampant industry and climate change.”

Prints of The Dollhouse can be purchased from Benning’s website, and the film can be viewed along with more recent work that continues to explore similar themes. You can also follow her work on Instagram. 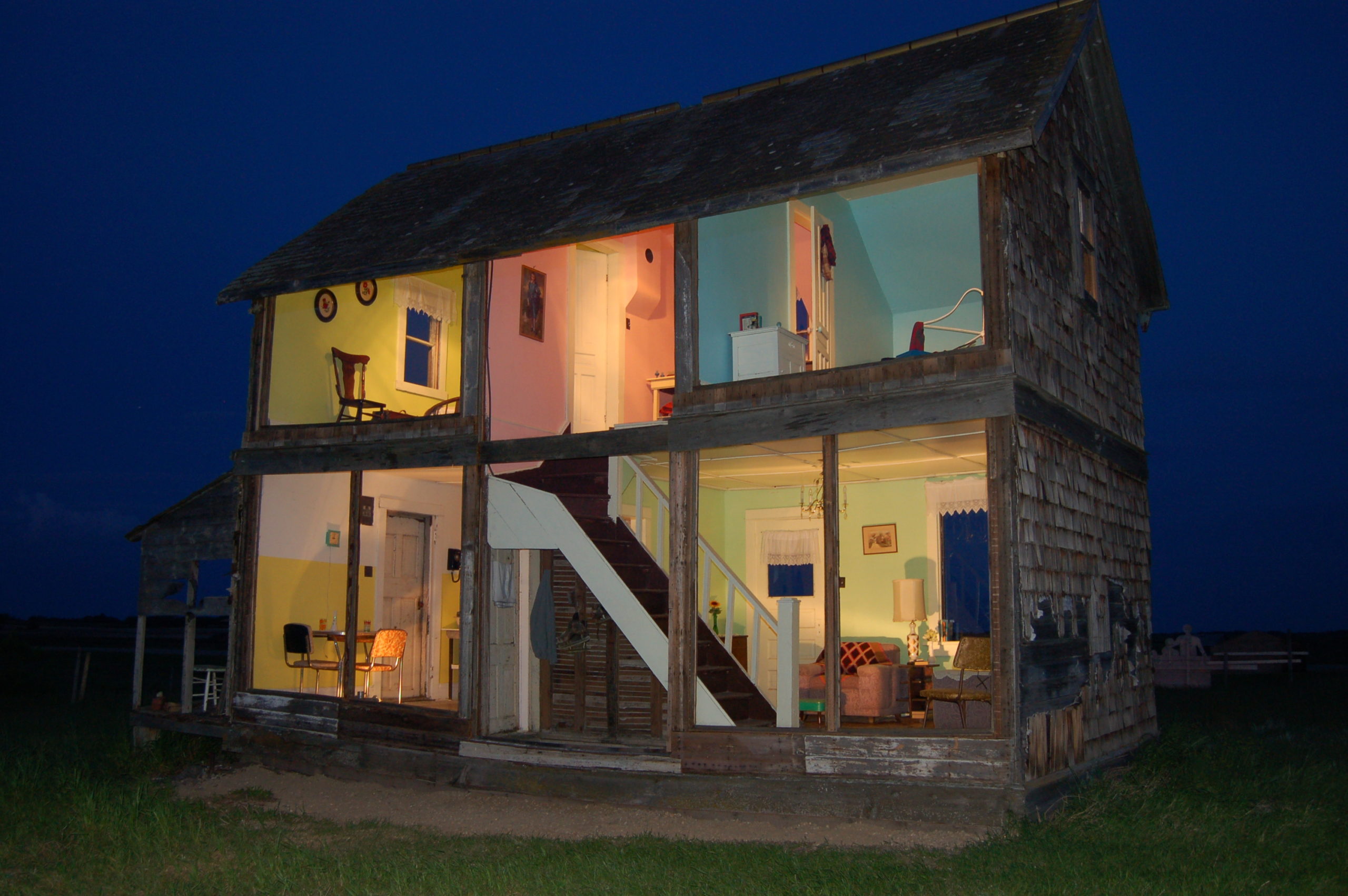 Are such stories and artists important to you? Become a Colossal member today and support independent art publishers for just $5 a month. You’ll connect with a community of like-minded readers passionate about contemporary art, read articles and newsletters ad-free, continue our interview series, receive discounts and early access to our limited-edition print publications, and more. Join now!