NASA’s 25.5-day Artemis I mission to the Moon and back is well underway and is being extensively documented by a series of onboard cameras.

NASA, of course, knows a few things about selling science and has ensured that cameras have been an integral part of their mission parameters since the early days. However, few missions have been equipped with as many imaging devices as Artemis I. All in all, according to a detailed blog post published after launch, there are 24 cameras on the rocket and spacecraft — eight on the SLS and 16 on the Orion — to document key mission events, including launch, ascent, deployment of solar arrays, external missile inspections, landing and recovery, and Earth and Moon images.

The one at the top of the piece may become the most iconic; a black-and-white photo of Earth taken by Orion’s optical navigation camera on Day 2 of the mission, which goes a long way toward overcoming our planet’s sheer, troubling isolation in the inky void. There are others that really resonate: the one below is from across the moon; the video at the end of this article shows Earthrise from the Orion spacecraft; Then of course there was the launch…

Recording of the SLS start 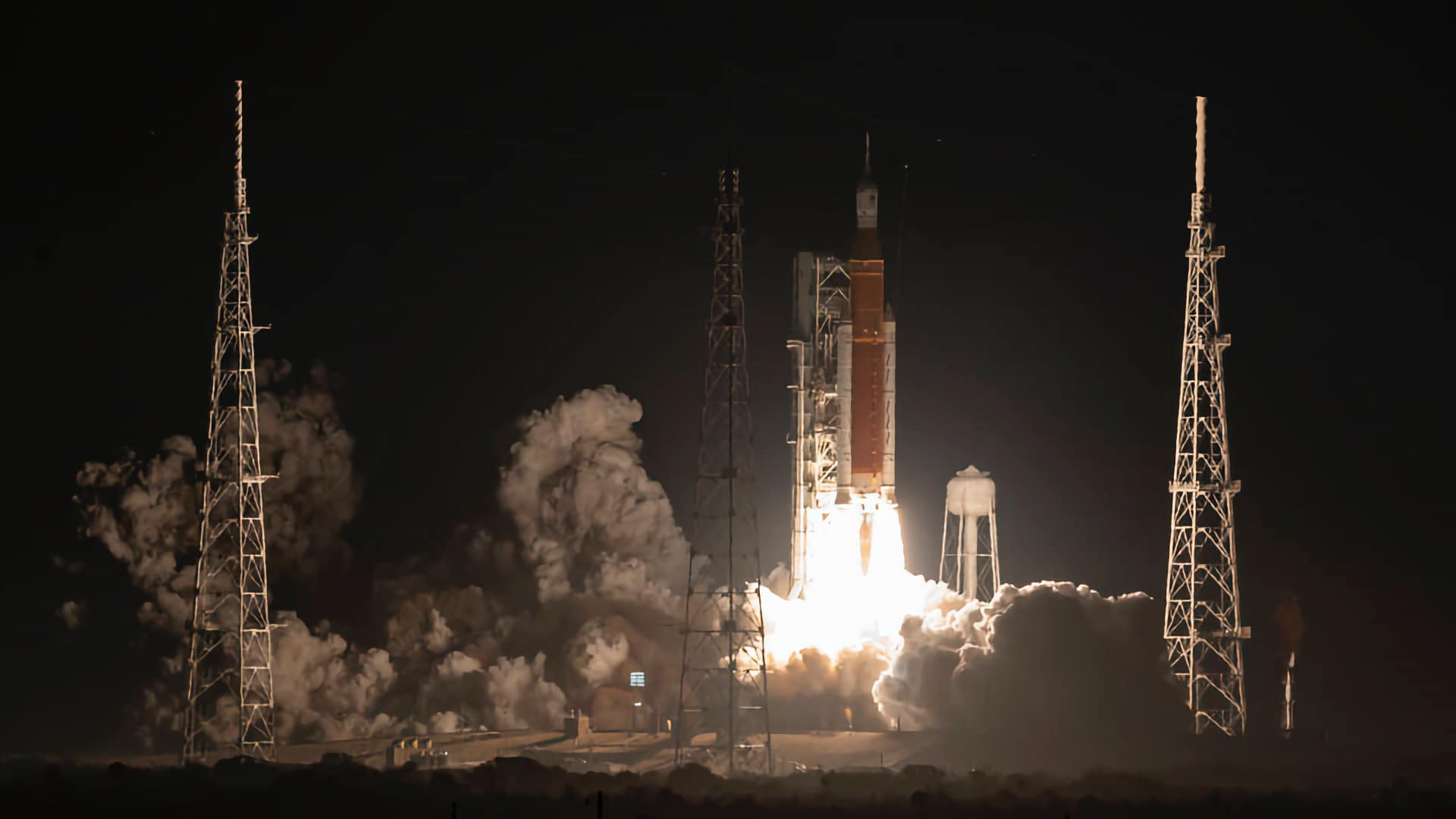 On the rocket, four cameras around the engine section pointed up at Orion, two cameras on the surge tank at the top of the boosters were placed for booster separation, and two cameras were placed on the launch vehicle adapter to capture core stage separation. The eight cameras went through a pre-programmed sequence during launch and ascent.

On the Orion, an external camera mounted on the Crew Module Adapter showed the ascent of the SLS rocket, providing the “rocket camera” view often seen during launches.

Four cameras mounted on the wings of the spacecraft’s solar panel on the service module help engineers assess the overall condition of Orion’s exterior and can capture a selfie view of the spacecraft with either the Earth or the Moon in the background.

Beneficially, the arrays can adjust their position relative to the rest of the spacecraft. This is primarily to optimize the collection of solar energy, but also allows air traffic controllers at NASA Johnson’s Mission Control Center to point the cameras for inspections of various parts of the spacecraft and to document its surroundings, including the Earth and Moon.

Remarkably, these are standard commercial units that have been heavily modified for use in space. NASA is currently keeping a low profile as to who they came from.

The optical navigation camera is attached to the crew module adapter, as is another that faces inward to capture images of Orion’s heat shield after the crew module separates from the service module before reentering Earth’s atmosphere.

“Inside the spacecraft, three other wireless cameras can capture the perspectives astronauts will have on future Artemis missions, with one camera looking out the forward pilot’s window and a second looking over the shoulder of the commander’s seat, where the instrument panel will be located on future missions.” “A third camera in the cabin will look out the upper hatch window to provide views of the launch abort system’s release during ascent and the parachute deployment during landing and recovery.”

Orion also has some onboard cameras that are part of a technology demonstration called Callisto. The Callisto payload includes three cameras in the cabin used to test Webex video conferencing capabilities, and a version of Amazon Alexa modified to run on NASA’s Deep Space Network.

There are also two external high-speed cameras to monitor parachute operations, which technicians download and process after the flight.

The formats captured depend on the mission objectives for each camera and range from SD to 4K. Bandwidth limitations during the mission mean that some of the images we receive throughout the mission will be downsampled, with some of the highest quality views likely not being received until long after recording and being able to be downlinked.