Fatimah always leads and helps her team come up with new ideas to revamp the services related to welfare and community well-being, says Noriah. 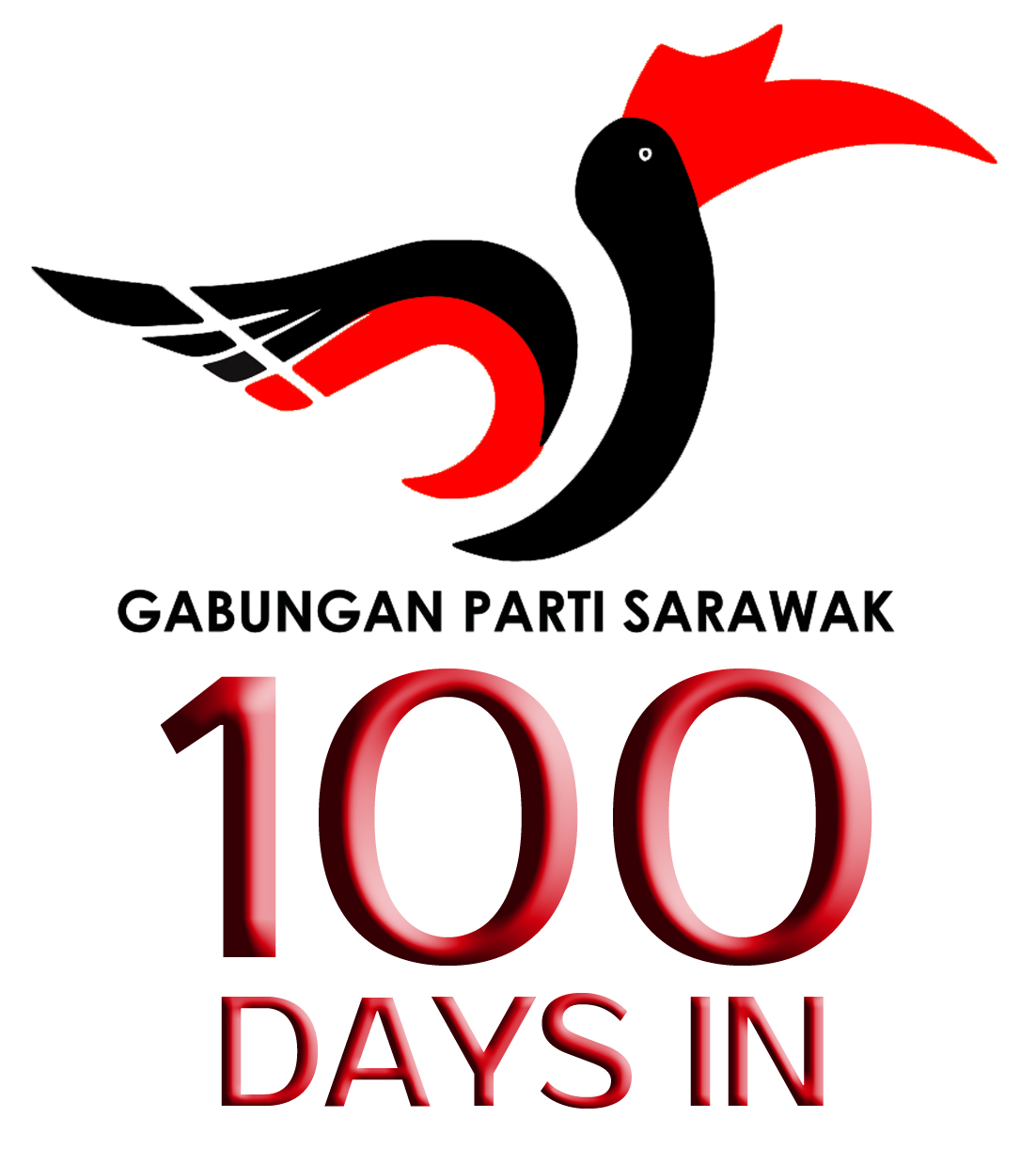 FOR the Ministry of Women, Early Childhood Development and Community Welfare and in particular the Ministry of Welfare, no problem affecting the well-being of Sarawak residents is too small and remains unresolved.

“The minister (Dato Sri Fatimah Abdullah) or the ministry itself has no problem with ‘no action taken’. It’s just about continuing to fight for rights or other issues. She (Fatimah) always guides us and helps us to come up with new ideas on how to improve our services,” said Noriah Ahmad, Director of Welfare Department.

She described Fatimah as “a very energetic and diligent minister” who has worked hard since the ministry began operating as the “Ministry of Welfare, Women and Family Development” in January 2012.

In an interview related to Fatimah’s 100 days in office after Gabungan Parti Sarawak’s landslide victory in last year’s state elections, Noriah said major efforts had been made to alleviate ongoing social problems, particularly those linked to the responsibilities related to their department.

However, she hoped that her department would gain more staff to help improve the delivery of the department’s services to the public. 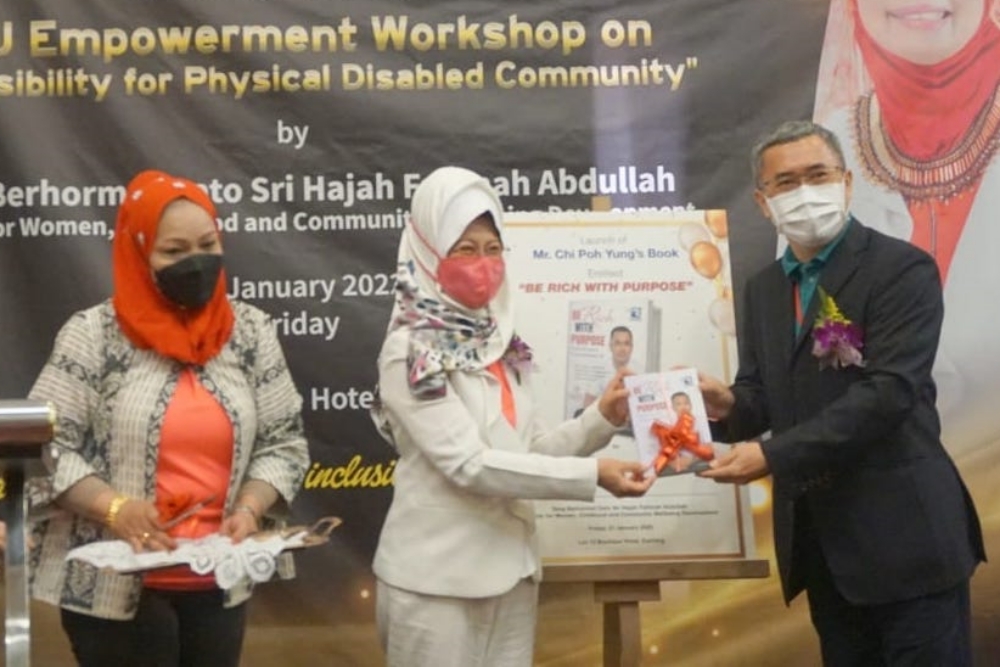 Photo taken in January shows Fatimah receiving a souvenir from the President of the Kuching Cerebral Palsy Associations and Samarahan Division Chi Poh Yung after the opening ceremony of the “OKU Empowerment Workshop” in Kuching. On the left, Noriah watches.

“Because of labor shortage, it is very difficult for us to serve people in rural areas.

“Right now we can’t afford to deploy our staff to every district and people have to come to our department offices for services,” she said, revealing her department was being transformed.

However, Noriah pointed out that under Fatimah’s supervision, various programs have been and are being implemented to protect people’s interests and well-being, especially in light of the Covid-19 pandemic.

“It shows that continued efforts to ensure the stability of well-being are always at the forefront of this minister’s preferences. Of course, a 100-day period is not enough to measure overall performance, but she did the best for the good of society.

“If you wanted me to rate her, of course she’s done well for our department; always coming up with new ideas to make sure our department can really meet the new high demands,” she said. 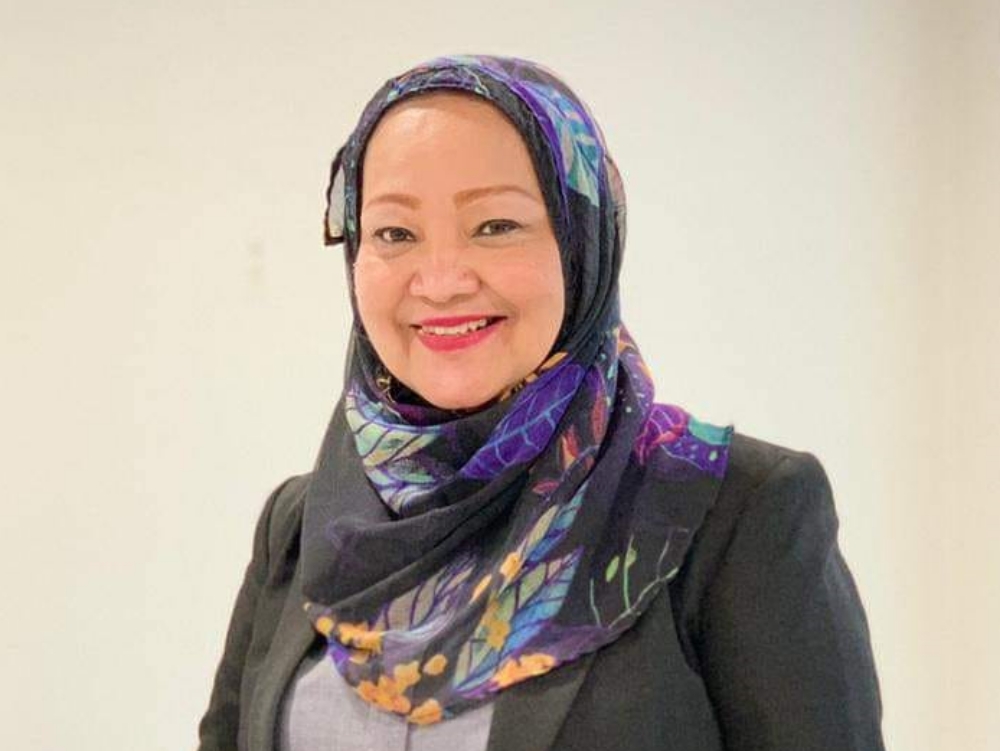 She said as of February this year, the KGC has received 330 strategic partners and 267,172 applications since its launch in January 2020.

“The BIK is one of the benefits listed under the Kenyalang Gold Card. It is intended only for the dependents of deceased eligible cardholders. As of February this year, 6,485 applications for the BIK have been approved, with a total disbursement amount of RM19,455,000,” she said.

As for the special help for kidney patients, Noriah described it as an initiative designed to ease the financial burden on these patients.

“The aid would not be paid out to the patients, but credited directly to the dialysis centers or service providers. The aid will be reviewed after a year, taking into account the evolution of the situation and an end-of-year report. 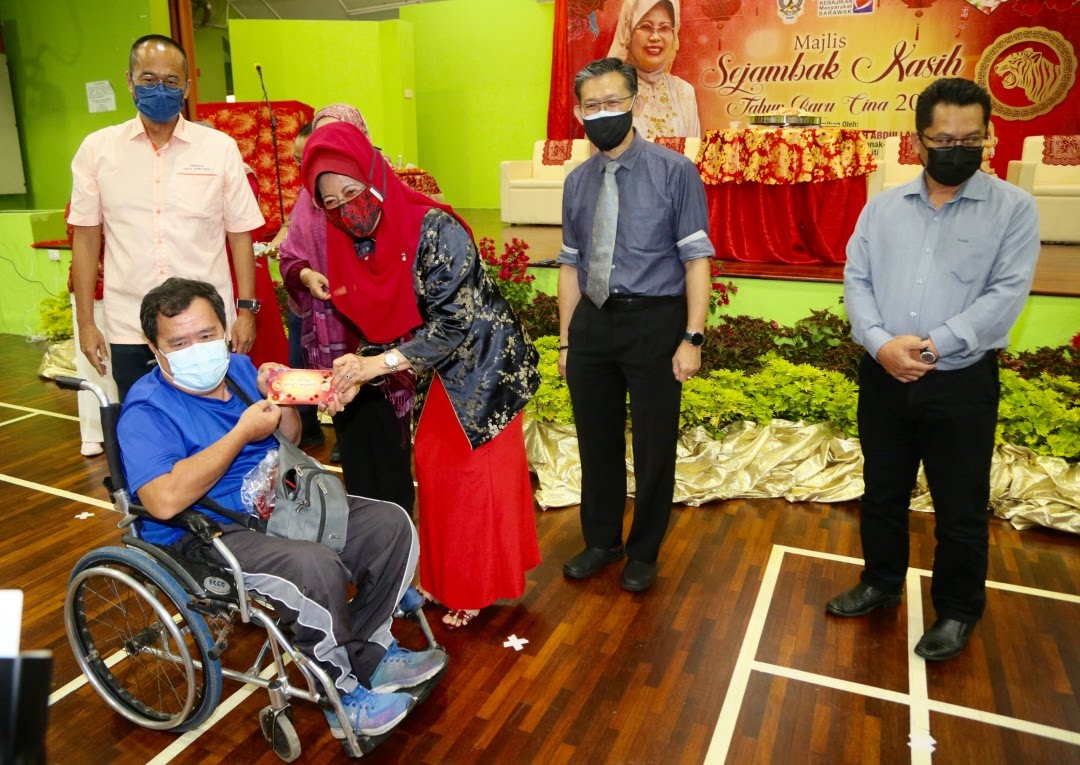 Fatimah presents Angpow to a recipient of the monthly JKM aid at Dewan Sungai Maong in Kuching in this photo taken during a 2022 Chinese New Year event in late January. — Photo by Muhammad Rais Sanusi

The RM15 million Dalat Welfare Complex project has been approved by the state government to provide better facilities for people in the Dalat state constituency where Fatimah is the MP, Noriah said.

“The components include the Social Welfare Office, the Senior Activity Center (Pawe), the Community Rehabilitation Center (PPDK), a day-care center and an activity center for older children.

“The purpose behind integrating the Welfare Office with other relevant bodies was to instill positive values ​​such as caring and empathy. It will also create cross-generational interactions between old and young, and between the healthy and disabled.

“Through this multipurpose building for a healthy environment, it would hopefully help those in need of excellent social services,” she said.

Regarding the construction of Rumah Seri Kenangan Sibu (Phase 2), Noriah said the work should be completed before the end of September. 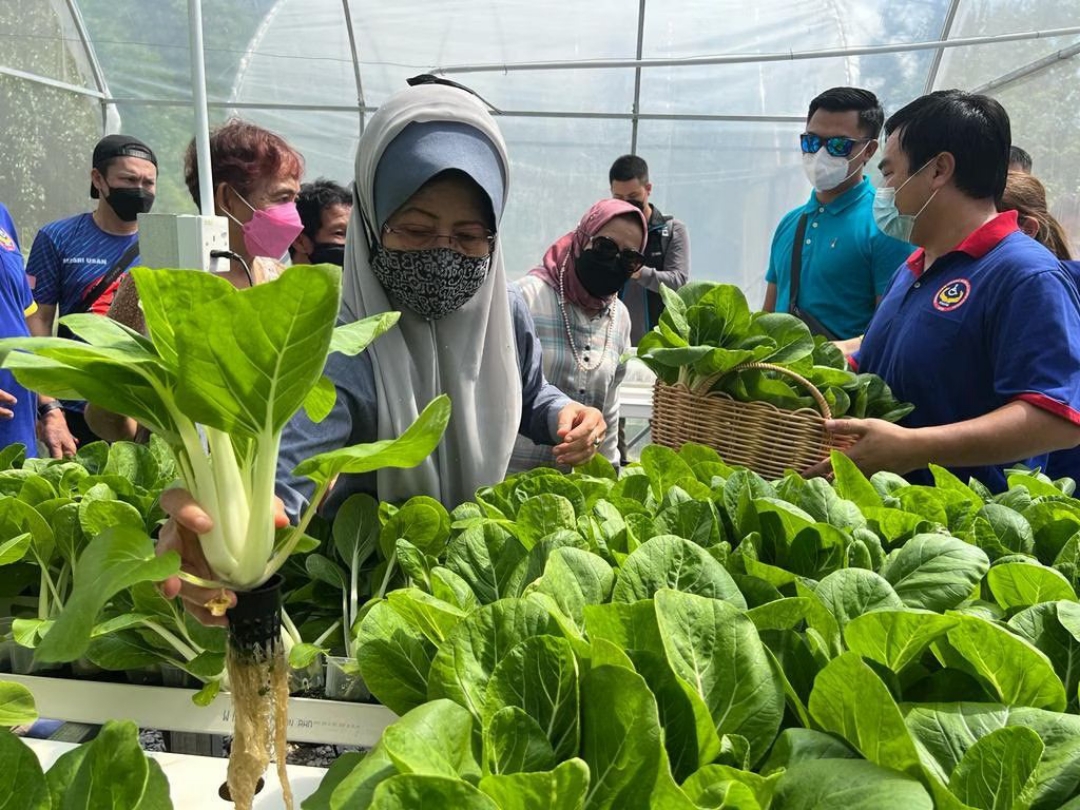 “The RM27 million construction of Phase 2 is designed to provide the elderly residents, particularly those from the central region, with a larger, more comfortable and more conducive living environment,” she said.

On the OKU’s empowerment, Noriah said the Sarawak government had approved a special allocation of RM1 million in 2021 (under the 12th Malaysia Plan) to fund the “Bengkel Seri Sarawak” (BSS), a training center under the supervision of JKM Sarawak to modernize.

“The allocation would be used for upgrading the structure, facilities and also for research purposes. This center would focus on manufacturing rehabilitation aids for OKUs.

“The state government is constantly trying to build a caring society so that nobody is left out, including the OKUs.

“It would also provide them with employment opportunities, apart from allowing them to acquire technical knowledge.

“This project is expected to be completed in 2025 and hopefully the BSS would become a more advanced and modern OKU center of excellence, apart from paving the way to a brighter future,” added Noriah. 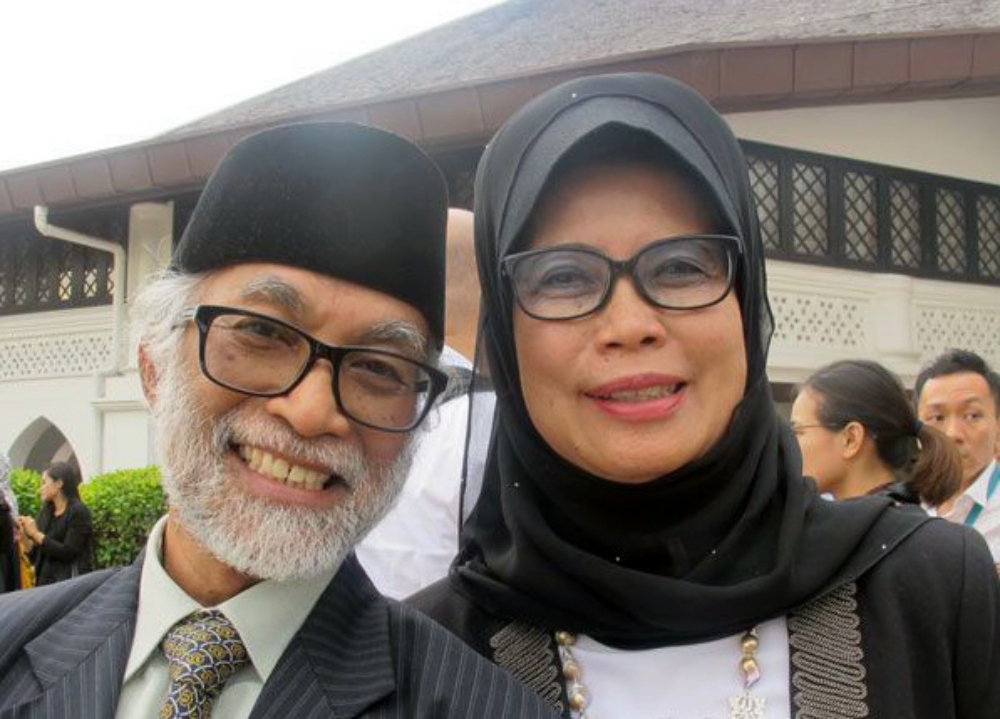